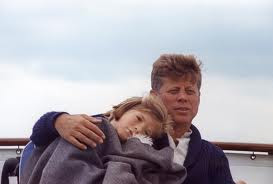 She was joined by other members of the Kennedy family and by Ray Mabus, Secretary of the United States Navy, who announced that the Navy would be naming an aircraft carrier in JFK's honor.  Designated CVN-79, the carrier will be the second in the Gerald R. Ford class of carriers, according to the Virginian-Pilot.

"President John F. Kennedy exemplified the meaning of service, not just to country, but service to all humanity," Navy Secretary Ray Mabus said. "I am honored to have the opportunity to name the next aircraft carrier after this great sailor and inspirational leader, and to keep the rich tradition and history of USS John F. Kennedy sailing in the U.S. Fleet."

For year round details on Irish culture, history and heritage in Massachusetts, visit IrishMassachusetts.com.