Harold Connolly, winner of the gold medal in the hammer throw at the 1956 Olympics in Melbourne, died on August 19 in Maryland.  He was 79 years old.

Born in Somerville in 1931, Connolly suffered from severe nerve paralysis as a child and spent most of his youth in physical therapy.  He compensated by training diligently with strength conditioning, weight lifting and athletics at Brighton High School and later at Boston College.

Connolly set numerous American, world and Olympic records in the hammer throw, and was a four-time Olympian.

Following his athletic career, Connolly was a successful high school and college coach, teaching the hammer throw at Georgetown University and Boston University.  He served as executive director of US programs for the Special Olympics from 1988 to 1999.

In 2005 a statue of Connolly was unveiled in Brighton, created by sculptor Pablo Eduardo.  Connolly and his family attended the ceremony, along with his friends and the many athletes he knew in his illustrious career.
Posted by irishboston.blogspot.com at 8:36 PM No comments: 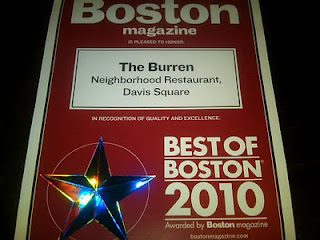 The Burren Pub in Davis Square, Somerville, has received one of Boston Magazine's annual "Best of Boston" Awards, released in the magazine's August 2010 issue.

Congratulations to Tommy McCarthy and Louise Costelloe, owners of the Burren Pub, and to manager Dessy Rushe and staff.

The Burren features live traditional Irish music seven days a week in the front room, and a range of great rock, blues, bluegrass and world music in the back room.  For a list of upcoming music at the Burren, click here.

For Irish cultural events in greater Boston year round, visit IrishBoston.org.
Posted by irishboston.blogspot.com at 2:56 PM No comments: 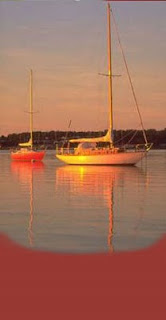 Nova Scotia (New Scotland) is a wonderland of Gaelic language, music and culture, and attracts people from around the world each summer and fall.

Located on the east coast in the Canadian Maritimes, Nova Scotia has its own Office of Gaelic Affairs, which promotes the Gaelic language year round through educational and community-based programs.

Director Lewis MacKinnon says, "Nova Scotia is the only place outside of Scotland where (Scottish) Gaelic is spoken, giving us a unique advantage for cultural tourism."

MacKinnon says islanders are embracing Gaelic as a way or reconnecting to the cultural, social and historical networks that also strengthen ties between generations.  Over 2,000 people speak Gaelic in Nova Scotia, with several hundred children taking lessons in the school system.  And three universities - St Mary's University, St. Francis Xavier University and Gaelic College, Cape Breton  - have Gaelic courses in their curriculums.

In addition, you'll find plenty of great music, dancing, storytelling and songs in Nova Scotia, especially on Cape Breton, the heart of Gaelic culture in the province.  See below for some upcoming festivals.