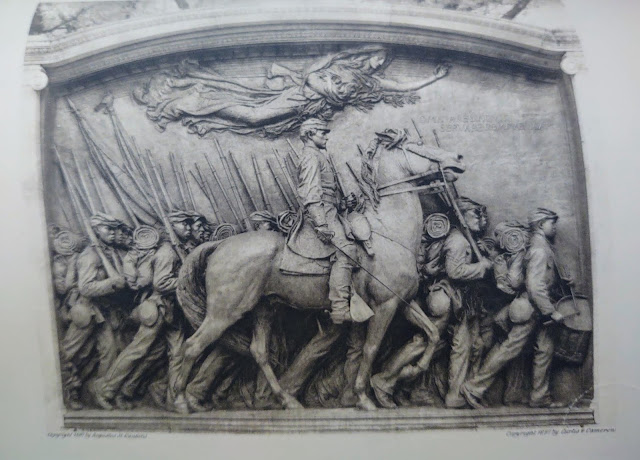 Boston’s most iconic public monument, the Shaw Memorial, was officially unveiled on May 31, 1897.  The homage to the 54th Black Infantry Regiment of Boston is considered one of America’s most significant Civil War memorials.   It was the first public monument to accurately depict black soldiers in military uniform.

The memorial was created by immigrant Augustus Saint-Gaudens (1848-1907), considered by many to be America’s greatest sculptor of the 19th century.  The memorial was unveiled on Memorial Day, located near the site where Civil War regiments mustered on Boston Common before going off to war.

Notable guests at the ceremony included acclaimed Black inventor and leader Booker T. Washington, philosopher and writer William James, along with veterans of the 54th Regiment and the families of the soldiers.

It took Saint-Gaudens fourteen years to complete the memorial, partly because there was an early disagreement within the memorial commission about how the piece should look, but also because  the perfectionist artist approached the project in a painstaking manner: seeking out forty black men in New York to use as models, from which he chose 16 to appear on the final memorial.  He also spent considerable time wrangling with the commission about the exact wording of the inscriptions.

Of the delay, Saint Gaudens wrote, “My own delay I excuse on the ground that a sculptor’s work endures for so long that it is next to a crime for him to neglect to do everything that lies in his power  to execute a result that will not be a disgrace….A poor picture goes into the garret, books are forgotten, but the bronze remains, to amuse or shame the populace.”

Saint-Gaudens (1848-1907) was born on March 1, 1848 on Charlemount Street in Dublin at the height of the Irish Famine, when millions of Irish were fleeing Ireland to places like Boston, New York, Montreal, St. John and other eastern port cities.  His father Bernard Saint-Gaudens was a French cobbler who had "a wonderfully complex mixture of a fierce French accent and Irish brogue."  His mother, Mary McGuinness, was born in Bally Mahon, County Longford, to Arthur McGuinness and Mary Daly.

The family emigrated to Boston in September 1848, when Augustus was six months old.  They stayed here for a while and then moved to New York, where Augustus’ brother and fellow-sculptor Louis was born.

Augustus spent time around Boston, since his wife's family lived in Roxbury and he had numerous commissions here.  He was highly regarded by Boston's cultural leaders like architect H. H. Richardson, who recommended him for the Shaw Memorial, and Charles McKim, the architect who designed the stone monument in which the bronze statue is placed. 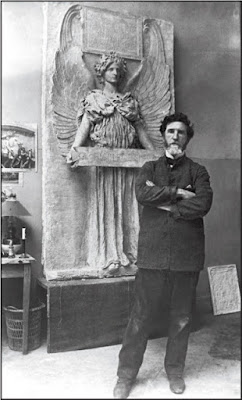 Saint Gaudens describes the day of the unveiling in his memoir, Reminiscences, written with his son Homer.

“At the unveiling there stood before the relief sixty-five of those veterans.  Some of the officers were clad in the uniforms they had worn during the Civil War, and rode on horseback.  But the negro troops…came in their time-worn frock-coats, coats used only on great occasions.  Many of them were bent and crippled, many with white heads, some with bouquets, and, the inevitable humorous touch, one with a carpet-bag.”

When the memorial was unveiled, Augustus recalled that, “the salute boomed from the cannons on the Common, and was answered by others in the harbor, and the head of the procession began to march by.  The impression of those old soldiers, passing the very spot where they left for the war so many years before, thrills me even as I write these words.  They faced and saluted the relief, with the music playing “John Brown’s Body,” a recall of what I had heard and see thirty years before from my cameo-cutter’s window.  They seemed as if returning from the war, the troops of bronze marching in the opposite direction, the direction in which they had left for the front, and the young men there represented now showing these veterans the vigor and hope of youth.  It was a consecration.”

Posted by irishboston.blogspot.com at 12:47 PM No comments:

Charlestown Selectmen Refuse to Bury Catholic Children in the Town, 1832 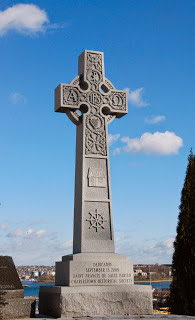 "On May 19, 1832, Boston's Catholic Bishop, Benedict Fenwick attempted to bury two Boston children, three-year-old Florence Driscoll, who died from teething, and three-month-old James Kinsley, who died from infantile disease, at the recently opened Bunker Hill Catholic Cemetery in the town of Charlestown, Massachusetts, right across the bridge from Boston.

"The obligation to make the request in writing was unusual, but the town selectman had passed a ruling the previous November, in an effort to keep Irish Catholics from being buried in Charlestown. The townsfolk feared that the Irish would bring religious superstitions and disease to their town. In the nineteenth century the entire world was worried about the spread of diseases.

"Fenwick’s request to bury the children was denied the same day it was written by Selectman Nathan Austin, who stated, “The object of the town in adopting the rule was to prevent the bringing of the dead from the surrounding towns and country. . . . We feel constrained from a sense of duty to decline giving the permission you request.”

"Bishop Fenwick decided he would test the validity of the state ruling and went ahead and buried the children without the town’s permission. The matter went to a higher court, and ultimately the church was recognized as having the right to bury its dead on its own property."

- Except from Irish Boston, 2nd edition,
Posted by irishboston.blogspot.com at 4:04 PM No comments:

Boston Olympians Are Celebrated at Faneuil Hall in May 1896 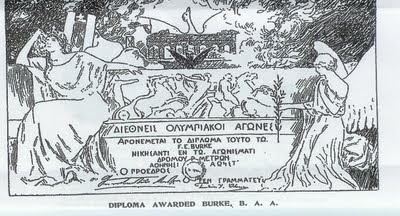 The Boston athletes who triumphed in the first Modern Olympics in Athens, Greece were feted by an enthusiastic crowd of family, friends and supporters with a reception in their honor at Faneuil Hall, followed by a banquet at the Vendrome Hotel on May 13, 1896.Local poet Henry O'Meara wrote a special tribute, "To Our Laureled Sons," which was recited and later sung by Irish tenor Joseph White.The team's manager was John Graham, and the track and field athletes were Thomas E. Burke, Ellery H. Clark, Thomas P. Curtis, W.W. Hoyt  and Arthur Blake, representing the Boston Athletic Association; and James Brendan Connolly, representing the Suffolk Athletic Club in South Boston.  Connolly had remained in Europe after the Olympics and was not at the celebration.Attending the banquet with other dignitaries were Governor Roger Wolcott and Boston Mayor Josiah Quincy, according to a story in the Boston Globe.For more information, read Irish Boston: A Lively Look at Boston's Colorful Irish Past. Posted by Boston Irish Tourism Association.
Posted by irishboston.blogspot.com at 2:34 PM No comments: 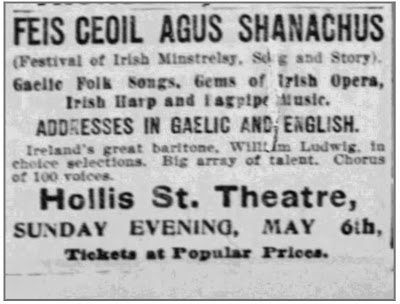 Boston's Irish-American community, inspired by Ireland's literary revival and the renaissance of the Irish language at the turn of the 20th century, organized its first Feis Ceoil Agus Seannachus, or Festival of Music and Story, on Sunday, May 6, 1900 at the Hollis Theatre, located between Washington and Tremont Streets in downtown Boston.

The festival was organized by a number of local Irish societies, including the Gaelic Society and the Philo-Celtic Society of Boston.  Language enthusiast Professor Fred Norris Robinson of Harvard's Gaelic department also participated. 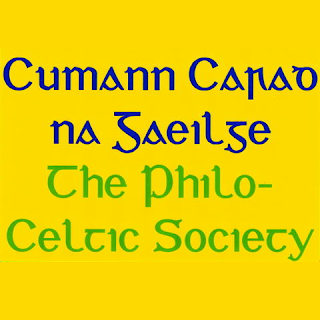 A musical highlight of the festival was the performance by Ireland's famous baritone William Ludwig,who specialized in interpreting ancient Irish airs.  Reverend Eugene O'Growney sang the "Star Spangled Banner" in Gaelic, and Patrick Harney played a selection of tunes on the uilleann pipes, according to The Boston Globe.   Other musicians included Irish harpist Nona Conveney and a 100 singers from various Catholic church choirs in Boston.

The Feis Ceoil Agus Seanachas was a prelude to the  Ancient Order of Hibernians' national convention in Boston, which attracted 200,000 delegates from around the nation and from Ireland and was billed as the largest convention to ever take place in the city.

Posted by irishboston.blogspot.com at 1:21 PM No comments: