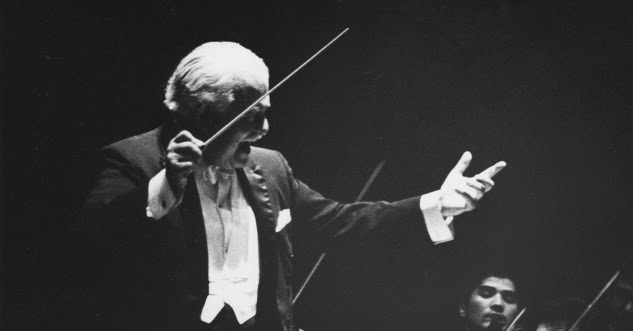 Arthur Fiedler, beloved conductor of the Boston Pops, held an Irish concert night at the Hatch Shell on the Charles River Esplanade on July 29, 1934.  Over 15,000 people attended, according to The Boston Globe.

The Pops performed several popular Irish American songs of that era: The Harp that once through Tara's Halls, written by Thomas Moore and arranged by Victor Herbert in his famous Irish Rhapsody Suite; the Londonderry Air, arranged by Sir Hamilton Harty; and Molly on the Shore by Percy Grainger.

Other parts of the program included pieces by Brahms, Strauss and Tchaikovsky.

Fiedler was Boston Pops conductor from 1930-1979, and helped widen the band's appeal by staging outdoor concerts on the Esplanade, including the famous Fourth of July concerts that continue today.  In that regard he was following in the illustrious footsteps of Patrick S. Gilmore, who began Boston's Independence Day concert tradition in 1854 with concerts on Boston Common.

Because of Boston's large Irish population, Fiedler continued the tradition of regularly performing Irish songs.  In 1966 he issued an album called Irish Nights at the Pops.  It was recorded live at Boston Symphony Hall.

For more on the history of Boston's Irish community, read Irish Boston: A Colorful Look at Boston's Lively Irish Past, published by Globe Pequot Press.

Posted by irishboston.blogspot.com at 6:49 PM No comments: