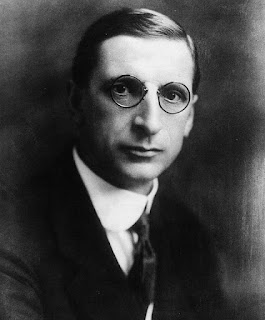 "Those who looked for a lot of verbal fireworks" at the recent Sinn Fein convention in Dublin "must have been disappointed," according to a Boston Globe story by James T. Sullivan on November 18, 1917.

"Moderation prevailed, but the delegates insisted on letting the world know they were firm upon the platform of independence," wrote the Globe.

Eamon deValera was elected President of Sinn Fein, and gave the principle address:


"We are asserting to the world that  is a Nation, and  has never yet agreed to become a subject Nation or part of the .  The people of Ireland were kept from expressing that view simply by the naked sword of England, but England pretended that it was not by the sword, but by the goodwill of the people of Ireland that she was there, which was false.  ’s aim was freedom.

“Those men (who fought for ) felt they were morally justified in doing that.  They said what the people of Ireland aimed at was freedom, and that they represented the solid sensible opinion of Irishmen, and they said if they were to win that freedom the first step in the battle would be to get the Irish people themselves determined to win it; and they said that, even thought the first battle in that political fight might be a military defeat, it would lead to final success.”

Sinn Fein's plan, wrote the Globe, "is to place candidates in opposition wherever there is a contest, particularly in the County Councils, and in this way, if they win such places, it will later on give Sinn Fein control of the government boards.  And contests will be made for Parliament and whatever other offices become vacant."

Posted by irishboston.blogspot.com at 8:02 AM No comments: 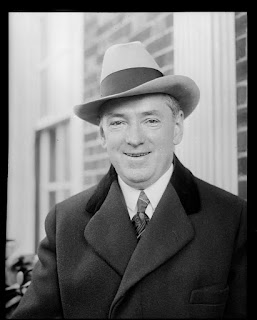 
James Michael Curley, the larger-than-life political figure who dominated and politics for half a century, died on November 12, 1958, fifty-nine years ago today.

Over 100,000 people passed by his coffin at the Hall of Flags in the Massachusetts State House, according to a story in The Boston Globe.

“The rich and the humble, Democrats and Republicans, bared the depth of their tribune in whispered prayers and unrestrained tears,” wrote the Globe.

Then a final process drove Curley's body through the streets of Boston and then to Holy Cross Cathedral in the South End, where his son, Reverend Francis S. Curley, S.J., celebrated mass along with Richard Cardinal Cushing of .

Curley is buried the in .

Ray Flynn, former mayor of and US Ambassador to the , praised Curley for "helping the poor and needy of ."

Mayor Marty Walsh now uses the original desk of Mayor Curley in his office on the 5th floor of Boston City Hall.  "It's about history," Walsh told the Globe.

Find out more about 's Irish history at IrishHeritageTrail.com.

Posted by irishboston.blogspot.com at 1:47 PM No comments: