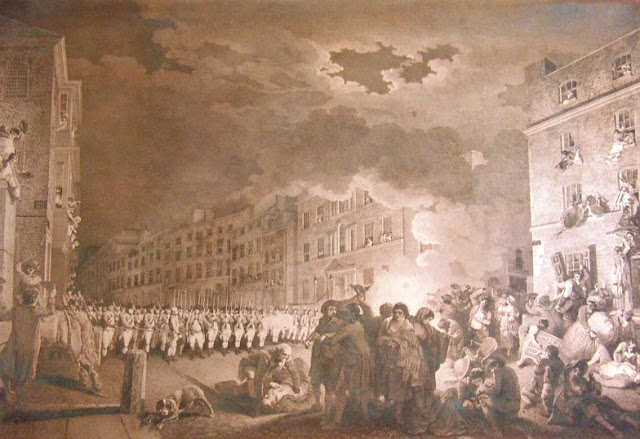 On June 11, 1837 a brawl erupted in downtown when an Irish funeral procession and a volunteer fire brigade returning to the station reached an intersection at the same time.  In what became known as the Broad Street Riot, the firemen and their supporters chased the Irish along Purchase and Broad streets into their houses, which were then attacked by the enraged mob.

“The air was full of flying feathers and straw from the beds which had been ripped up and emptied into the streets,” according to historian J.B. Cullen.  Mayor Samuel A. Eliot ordered 800 National Lancers, a military group, to quell the riot and maintain peace.

Excerpt from the book, Irish Boston: A Lively Look at Boston's Colorful Irish Past.

Posted by irishboston.blogspot.com at 6:03 PM No comments: