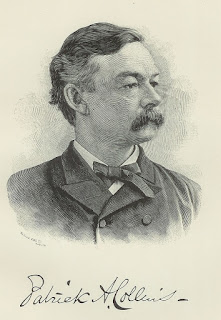 His sudden death shocked 's political establishment and its residents, as well as the Irish-American community, because Collins was considered one of the city's great statesmen.

Born in 1844 in Ballinafauna, a townland outside of Fermoy, , Collins came to  in March 1848, with his widowed mother, part of the mass exodus from  due to the Irish Famine.  They settled in , where the anti-Irish Know Nothing movement was fully blown in the 1850s.  Patrick got a job as an office boy with Robert Morris, an African-American lawyer, and later become a lawyer himself.  He entered into an upholstery apprenticeship, where he eventually became foreman.  All the while he was attending classes at  while studying at the Boston Public Library evenings.

Collins made his first foray into American politics when he became a state representative from  in 1868-69,and a state senator in 1870-71.  He became the first Irish Catholic elected as a US Congressman (1883-85).  He campaigned for President Grover Cleveland and was appointed as Consul General in  from 1893-97.

As Mayor, Collins was praised for mastering the business of the city, and noted for his protection of historical spaces such as Boston Common, Faneuil Hall, Old South Meeting House, and Old Granary and Copps Hill burying grounds.

Funds for a memorial were collected by public donations within a week of Collins' death, and the memorial was created by noted sculptors Henry and Theo Kitson.  The bronze memorial was unveiled in 1908, and contained a bust of Collins along with twin statues on each side depicting Erin and , representing Collins' native and adopted lands.

The Boston Irish Heritage Trail includes the Memorial to Patrick Andrew Collins. It was originally sited at Charlesgate West, and in 1968 was moved to its present location  on Commonwealth Avenue Mall, between Clarendon and Dartmouth Streets.

Patrick Collins is buried at Holyhood Cemetery in .

Here is a list of Boston mayors of Irish descent.

For year round activities on the Boston Irish, visit IrishBoston.org.

Posted by irishboston.blogspot.com at 6:22 PM No comments: 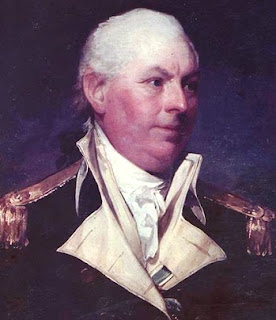 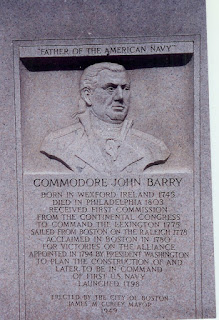 To find out more about Boston Irish history, visit IrishHeritageTrail.com or read Irish Boston, available from Globe Pequot Press and from Amazon, Barnes & Noble and other outlets.
Posted by irishboston.blogspot.com at 6:44 PM No comments: 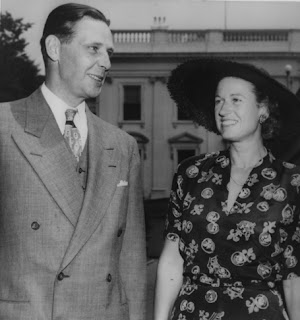 Maurice Tobin and his wife Helen

This Labor Day, the Boston Irish Tourism Association pays tribute to Boston native Maurice Tobin (1901-53), who served as mayor of Boston and governor of Massachusetts before being named US Secretary of Labor by President Harry S. Truman.
Born in Roxbury's Mission Hill,  he was the son of immigrants from Clogheen, Tipperary.
Tobin became Massachusetts' youngest state representative at age 25, and in 1937 made a surprise run for mayor against his mentor, James Michael Curley. Tobin defeated Curley in 1937 and again in 1941, serving through 1944.  He then won the race for Governor of Massachusetts, and served as Governor from 1944-46.  Governor Tobin advocated for the Fair Employment Practices Bill, and helped increase unemployment insurance and benefits for workers.
He helped campaign for President Truman, who appointed Tobin as US Secretary of Labor from 1948 to 1953, where he continued to advocate on behalf of America's working people.
Tobin died of a heart attack in July 1953 and is buried at Holyhood Cemetery in Brookline.
Sculptor Emilius R. Ciampa created the Tobin Memorial Sculptor in 1958, which is at the Boston Esplanade, next to the Hatchshell.  In 1967, Massachusetts named the Mystic River Bridge the Maurice J. Tobin Memorial bridge in his honor.
Visit the Maurice Tobin statue on the Boston Irish Heritage Trail.
For more about Boston's colorful Irish history, read  Irish Boston, available from Globe Pequot Press and from Amazon, Barnes & Noble and other book stores.
Posted by irishboston.blogspot.com at 1:21 PM No comments: