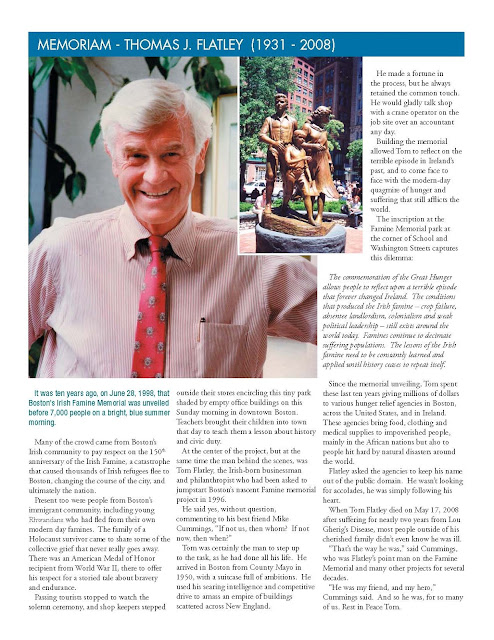 Posted by irishboston.blogspot.com at 7:16 PM No comments: 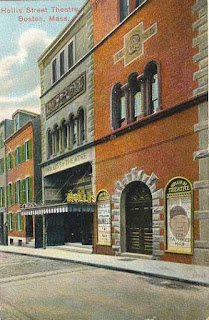 A Festival of Irish Minstrelsy, Song and History, known in Gaelic as Feis Ceol Agus Seanachas, was held at Hollis Street Theatre in on May 6, 1900.  The festival was organized by the Ancient Order of Hibernians, the Philo-Celtic Society of Boston and the Gaelic Society.

Among the highlights: a Gaelic version of “The Star Spangled Banner” by eminent Irish baritone William Ludwig.

The Boston Globe described the festival thus: “the occasion will form a novel innovation, inasmuch as for the first time in Boston the ballads of chivalry, love and war, Gaelic folk songs, gems of Irish opera and other unusual features of Irish national music will be heard, as well as the more familiar harp and bagpipe music of Ireland.”

Professor Fred Robinson, Gaelic scholar at was cited as an enthusiast for the city’s Irish language movement.

Ludwig, ‘whose lifework has been given to the interpretation of Irish music and song, was the featured performer.  Also on the stage: Irish harpist Nona L. Coveney and piper Patrick Harney.  In addition, a one-hundred person choir from the Catholic Church choirs of the Archdiocese, performed under the direction of Edward McGoldrick.

“The love songs of Thomas Moore, the stirring war ballads of Thomas Davis, the operas of Michael Balfe and William Vincent Wallace, the humorous songs of Lever” were among the songs being performed.

Located between Washington and , the Hollis Street Theatre first opened in 1855 with a performance of Gilbert & Sullivan’s Mikado.  Over the decades it featured top artists like Dion Boucicault and Sarah Bernhardt, along with plays such as Uncle Tom’s Cabin, Sherlock Holmes, and Twelfth Night.

Posted by irishboston.blogspot.com at 8:00 PM No comments: