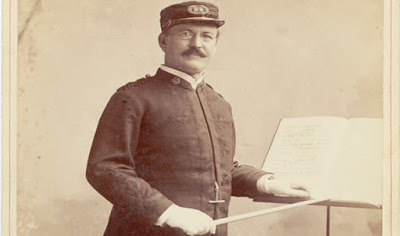 Patrick Sarsfield Gilmore (1829-1892), whose song When Johnny Comes Marching Home Again is considered one of America's iconic hymns, died on September 24, 1892 in St. Louis while on a national tour with his orchestra.

Born in Ballygar, County Galway, Gilmore emigrated to Boston in 1849 and quickly established himself as an excellent cornet player and a band organizer.  He led several prominent bands in the 1850s and finally established his own Gilmore's Band.

Gilmore and his band joined the Massachusetts 24th Regiment when the American Civil War broke out in 1861, and accompanied the soldiers to the battle front.  After the war ended Gilmore put together a giant Peace Jubilee in 1869 to celebrate peace.  The five-day music festival featured 1,000 musicians and 10,000 choral singers, and was attended by President Ulysses S. Grant.

Then in 1872, Gilmore staged an even larger World Peace Jubilee to celebrate the end of the Franco-Prussian War.  He invited national bands for over a dozen nations, and the feature artist was Austrian Waltz King Johann Strauss.

For the final two decades of his life, Gilmore and his band toured Europe and throughout North America.

The day after his death from a heart attack, the Chicago Tribute wrote that "America Lost one of its Most Picturesque Musical Leaders."

Posted by irishboston.blogspot.com at 2:39 PM No comments: 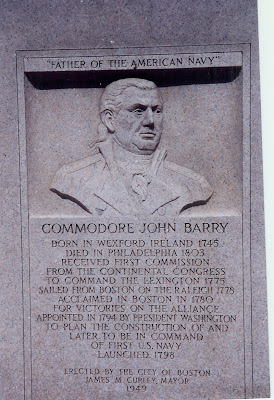 To find out more about Boston Irish history, visit IrishHeritageTrail.com or read Irish Boston, available from Globe Pequot Press and from Amazon, Barnes & Noble and other outlets.
Posted by irishboston.blogspot.com at 4:42 PM No comments: 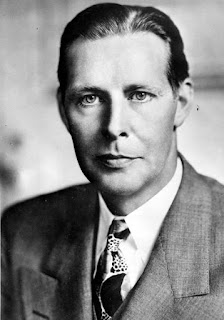 This Labor Day, the Boston Irish Tourism Association pays tribute to Boston native Maurice Tobin (1901-53), who served as mayor of Boston and governor of Massachusetts before being named US Secretary of Labor by President Harry S. Truman.

Born in Roxbury's Mission Hill,  he was the son of immigrants from Clogheen, Tipperary.

He helped campaign for President Truman, who appointed Tobin as US Secretary of Labor from 1948 to 1953, where he continued to advocate on behalf of America's working people.

Tobin died of a heart attack in July 1953 and is buried at Holyhood Cemetery in Brookline.

Sculptor Emilius R. Ciampa created the Tobin Memorial Sculptor in 1958, which is at the Boston Esplanade, next to the Hatchshell.  In 1967, Massachusetts named the Mystic River Bridge the Maurice J. Tobin Memorial bridge in his honor.

For more about Boston's colorful Irish history, read  Irish Boston, available from Globe Pequot Press and from Amazon, Barnes & Noble and other book stores.
Posted by irishboston.blogspot.com at 10:25 AM No comments: