Advertisement in The Boston Globe, December 12, 1905

On December 12, 1905, John F. Fitzgerald won a special election to become mayor of Boston.  He replaced the late Patrick A Collins, who died suddenly in September 1905 while on vacation, leaving the seat vacant.

Fitzgerald ran against Republican candidate Louis Frothingham and beat him by a margin of 47% to %38. Three other independent candidates were also in the race.

Leading up to the general elections, there were rumors in the local newspapers, including The Boston Globe, that opponents of Fitzgerald, dissatisfied with the Democratic primary results, planned to knife him at the polls.  There were also rumors that several Democratic operatives were working with Frothingham to keep Fitzgerald out of the mayor's seat.

At that time, the mayor's seat was contested every two years, and Fitzgerald lost the 1908 election to George Hibbard by a margin of 42% to 40%.  He ran again in 1910 and won a four year term, beating Hibbard and two other candidates. 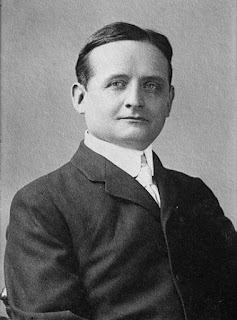 Born in Boston's North End in 1863, Fitzgerald was the son of Irish immigrant Thomas Fitzgerald of Limerick and Mary Josephine Hannon of Acton, MA.  He worked his way up from the Boston Common Council to state senate before becoming U.S. Congressman from 1895-1901. He was also the publisher of a weekly Boston newspaper, the Republic, described on the masthead as "an Irish-American Family journal."

Known as Honey Fitz for his melodious singing voice, Fitzgerald was the grandfather of U.S. President John Fitzgerald Kennedy.

There is a plaque to Fitzgerald in Boston's North End. 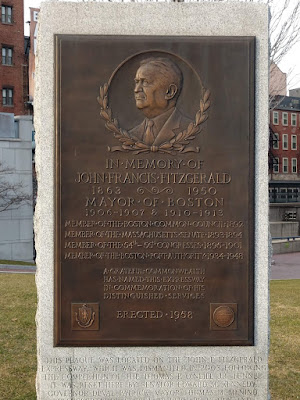 Posted by irishboston.blogspot.com at 8:48 PM No comments: 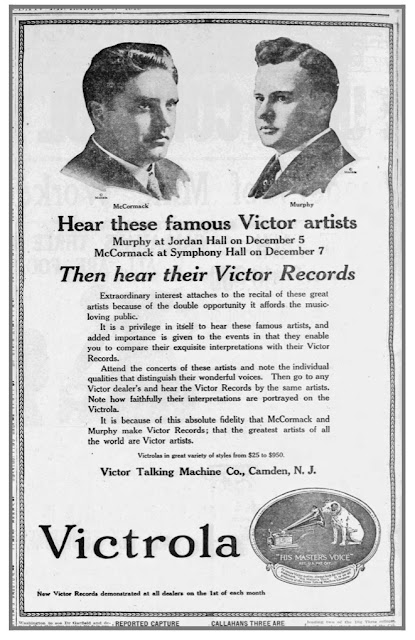 Murphy, a Harvard graduate born in Springfield MA, performed at Jordan Hall on Friday, December 5. He sang a group of American, French and Russian songs, and concluded with Irish folk songs.  His finale was "There is no Death" by O’Hara, which delighted the audience.

John McCormack, famed Irish tenor, broke the attendance record at Boston Symphony Hall on December 7, where he performed “several numbers new to Boston audiences,” including an aria by Handel. He also performed a group of Irish folk songs, including "The Harp that once through Tara’s Halls" by Thomas Moore.

“Faces wore happy smiles and there were audible chuckles at numerous bits and visible tears at the pathos,” The Boston Globe wrote about McCormack  “ He has the best qualities of a popular favorite: willingness to please a friendly audience and marked ability at doing it.  Even the professional critics finds it hard to object to his giving his audience great and genuine pleasure by singing music that is not in any sense of the word classical.”

Posted by irishboston.blogspot.com at 11:27 PM No comments: