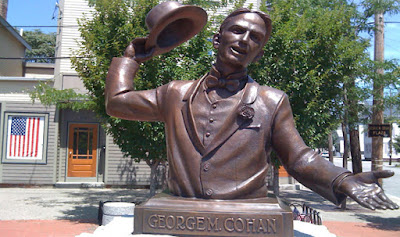 George M. Cohan, famed Broadway song and dance man whose songs helped define the World War I generation, was born in Providence RI on July 3, 1878.
A  statue honoring Cohan at the corner of Wickendon and Governor Streets in Providence  was created by noted sculptor Robert Shure, who also created  the Irish Famine Memorial in Boston and Providence.
Cohan (1878-1942) was the son of Jeremiah Cohan from Boston and Nellie Costigan from Providence.  They met met on the vaudeville circuit and married in 1874.  George and his sister Josephine became part of a successful family troupe, named the Four Cohans, which traveled around the country on the minstrel circuit, performing a cabaret of songs, dances, jokes and comedy routines popular at the time.
In 1893 George settled in New York City and soon became the toast of Broadway, writing popular tunes like Yankee Doodle Dandy, You're a Grand Old Flag, and Over There, a trio of songs that resonated with Americans and Europeans during World War I.
For  more about the contributions of Irish contributions to American popular culture, see Irish Boston: A Lively  Look at Boston's Colorful Irish Past.
For information on year round Irish cultural events in Massachusetts and the New England states, visit IrishMassachusetts.com

For more on Boston's Irish-American heritage, visit IrishHeritageTrail.com.
Posted by irishboston.blogspot.com at 12:12 PM No comments: 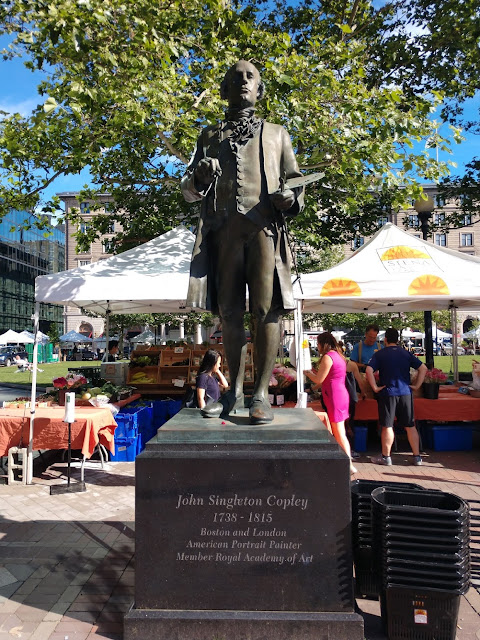 
Copley Square Park in Boston's Back Bay was named in his honor in 1883. In 2002, the city of Boston unveiled a statue to John Singleton Copley by artist Lewis Cohen, and it is now on the Boston Irish Heritage Trail.

John's parents, Richard Copley and Mary Singleton from County Clare, were married in Limerick before emigrating. His father died in the West Indies just after their son was born, leaving his mother to raise John by working at a shop in Boston that sold tobacco down by the docks.

In 1747 Mary S. Copley married Peter Pelham, a colonial artist and an original member of the Charitable Irish Society formed in 1737. Pelham helped to nurture his stepson's talent, and by age twenty Copley had already gained a reputation as a promising artist. His first painting, "A Boy and the Flying Squirrel," was sent to the Royal Academy in London and his reputation began to take shape. 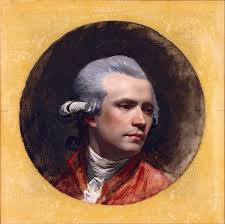 Copley is considered America's first great portrait artist, having painted George Washington, John Hancock, Samuel Adams, Paul Revere and other leading citizens. Other acclaimed works by Copley include A Boy Rescued from a Shark in the Harbor of Havana, and The Red Cross Knight, from Spencer's poem The Fairy Queen.

Boston's Museum of Fine Arts has over 50 Copley paintings, including the famous Paul Revere portrait. The Massachusetts Historical Society on Boylston Street has the portraits of John Hancock, Mary Otis Gray and several other prominent 18th century Americans.

During the American Revolution and the British occupation of Boston, Copley moved to Italy in 1774 to study Italian art, then the following year moved his family to London, according to MassMoments.  He always wanted to return to Boston, but never did. He died in London in 1815.

Posted by irishboston.blogspot.com at 9:20 AM No comments: