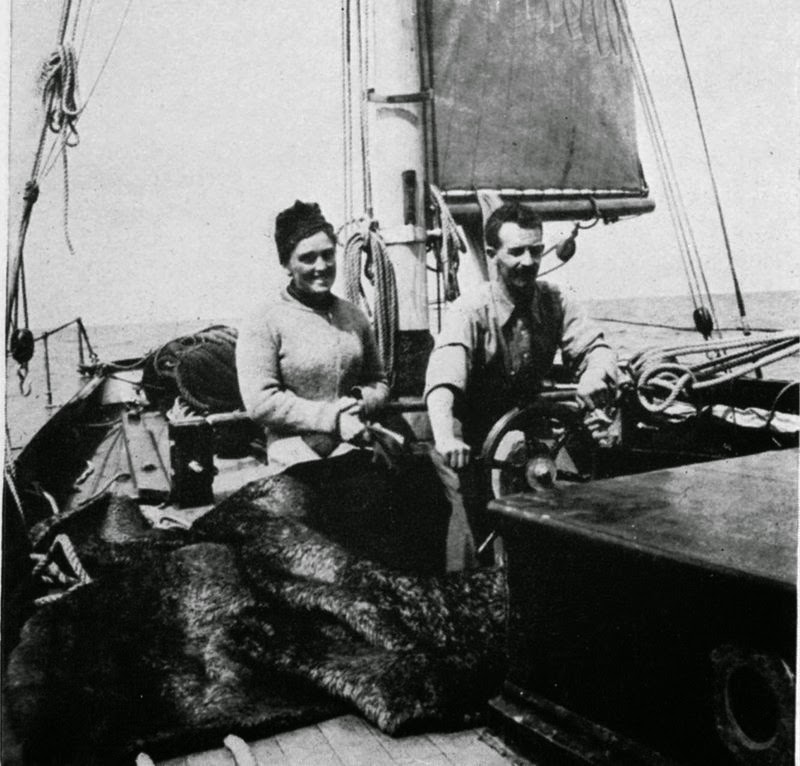 English-born Irish rebel Robert Erskine Childers married Mary (Molly) Alden Osgood at in on January 5, 1904.  They met at a state dinner hosted by the Ancient and Honorable Artillery Company at Faneuil Hall and were married after a three-week courtship.

Both were idealists from upper class families whose passions turned toward .

Childers was a gifted writer whose book, Riddle of the Sands, published in 1903, is considered the first spy-novel thriller.  In 1911 Childers published his book, TheFramework of Home Rule, in which he decried British abuse of freedoms in and other colonies around the world.

In July 1914 Childers and Osgood carried out a daring gun running operation, shipping arms and ammunition from to Howth aboard the yacht Asgard, which Mary’s family had given the couple on their wedding day.

A close ally of Eamon deValera, Childrens was secretary-general of the Irish delegation involved in negotiating the Anglo-Irish Treaty in 1921.   He rejected the final treaty and was involved in the subsequent Irish Civil War.  He was captured and executed on November 24, 1922, despite strong protests and appeals from around the world.

Irish leaders in held a memorial for Childers at Faneuil Hall following his death.

Their son, Erskine Childers, became the fifth President of Ireland in 1973.

Posted by irishboston.blogspot.com at 10:59 AM No comments: