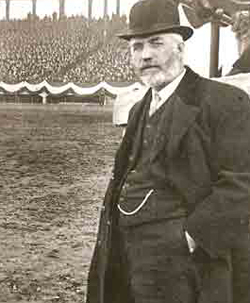 Charles E. Logue at Fenway Park, April 20, 2012
(courtesy of the Logue Family)
The Charitable Irish Society is hosting an event called "The Irishmen Who Built Fenway Park" at the Bleacher Bar in Fenway Park on Thursday, March 1, 2012 from 6:00 to 8:00 p.m. Admission is $35 and includes appetizers, cash bar, author book signing and a raffle.

Featured speakers of the evening are Glenn Stout, author of the new book, Fenway 1912: The Birth of a Ballpark, and Dick Flavin, television personality and author of the one-man show According to Tip


Special guests of the night will be the Logue family, whose ancestor Charles E. Logue, an immigrant from Derry, was the contractor who built the famous ballpark.  Mr. Logue built many of the city's Catholic Churches and part of the Boston College campus.  His descendants have carried on the family business with their firm, Logue Engineering, located in Hingham, Massachusetts

Fenway Park is the final stop on the 20-site Irish Heritage Trail, which starts at the Rose Kennedy Garden along the waterfront, passes Boston City Hall, the Irish Famine Memorial, the Massachusetts State House and Copley Square.

For year round information on Irish culture, heritage and history in greater Boston, visit the Boston Irish Tourism Association. 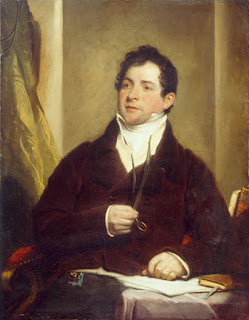 Poet, lyricist and musician Thomas Moore, who wrote compelling lyrics to many of Ireland's ancient melodies, died on this day on February 25, 1852.

His ten-volume collection of Moore's Melodies, published between 1808 and 1834, helped revitalize interest in Irish music that was in danger of being marginalized and forgotten.

For a full story on Moore's achievements, read Ireland's Minstrel Boy Gets His Encore in the Irish Echo.

In Boston, Moore's Melodies quickly found their way into the city's musical community; with several of his songs published as early as 1811.  His songs, especially Last Rose of Summer, were performed as part of Boston's musical repertoire by famous visiting performers like singer Jenny Lind and violinist Ole Bull.

Upon learning of his death in 1852, Patrick Donahoe and other Boston leaders formed a Thomas Moore Club to perpetuate his music.  In 1869, Patrick S. Gilmore featured Moore's songs in the National Peace Jubilee, alongside composers like Handel and Mozart.

In 1879, on the 100th anniversary of Moore's birth, poet John Boyle O'Reilly presided over a banquet at the Parker House honoring his fellow-countryman.  O'Reilly called Moore "an original poet of splendid imagination.....he found scattered over Ireland, mainly hidden in the cabins of the poor, pieces of antique gold, inestimable jewels that were purely Irish....These jewels were the old Irish airs - those exquisite fabrics which Moore raised into matchless beauty in his delicious melodies."

A reception to raise funds for the Deer Island Irish Memorial project in Boston's Harbor Islands is taking place at the Aisling Gallery on Rt. 3A in Hingham on Friday, February 24, 2012 from 7:00 to 9:30 p.m.

The event is free and open to the public. The fundraiser is being organized by Dr. Bill and Rita O'Connell, who head a committee to place a permanent memorial to the 850 Irish immigrants who were buried at the Rest Haven Cemetery in the 1840s.

In May, 1847, city officials set up a quarantine station on Deer Island to tend to thousands of Irish refugees fleeing the Irish Famine were coming to Boston Harbor on crowded ships.  Many of them were suffering from typhus, cholera and other transferable diseases.

Today Deer Island is home to the region's sewerage treatment facility, with parkland and walkways along the perimeter of the island.

Posted by irishboston.blogspot.com at 6:08 PM No comments: 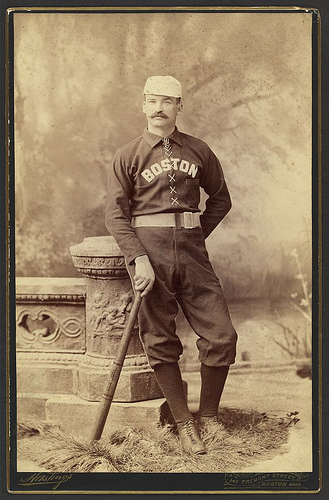 Mike King Kelly, one of the premier baseball players of the late 19th century, signed a deal to play for the Boston Beaneaters on February 14, 1887 for a record $10,000, the highest price paid for a professional athlete up to that time.

The Boston Globe reported that Kelly left the Chicago White Stockings in a deal negotiated on Valentine's Day in Poughkeepsie, NY between Kelly and Beaneater treasurer J.B. Billings.

"Diamonds cannot be bought with shoestrings," Kelly said as "he toyed with a diminutive cane and puffed at a Sweet Caporal cigarette," according to the Globe.

Kelly had three great years with the Beaneaters, then went on to coach and play for the Boston Reds in the short-lived Players League.  Described as a larger-than-life character, Kelly was as notorious off the field as on.  A great base runner, he had his own song, Slide Kelly Slide, a popular ditty written by J.W. Kelly and sung by Maggie Kline.

Along with Boston Globe reporter William L. Drohan of South Boston, Kelly wrote a book  Play Ball: Stories of the Ball Field, published in 1888 and described as baseball's first autobiography.

After baseball Kelly went on the Vaudeville circuit with a minstrel group called O'Dowd's Neighbors, which was later described as consisting of "two Irish comedians, a German comedian, a female impersonator, some clever dancers, a Negro quartet, a donkey and a puppy."

Kelly was in Boston, getting ready for performance, when he fell ill and was taken to a hospital where he died.  The Boston Globe obituary on November 9, 1894, described it this way,

"At 9:55 last night King Kelly heard the decision of the Great Umpire of which there is no appeal.  The famous ball player passed away at that hour at the emergency hospital, with a few of his old friends watching every phase of his last uphill fight in the game where defeat is sure."

Kelly is buried in Mt. Hope Cemetery in Mattapan, a neighborhood in Boston.  He was later inducted into the Baseball Hall of Fame in Cooperstown, NY in 1945.

Posted by irishboston.blogspot.com at 2:21 PM No comments: