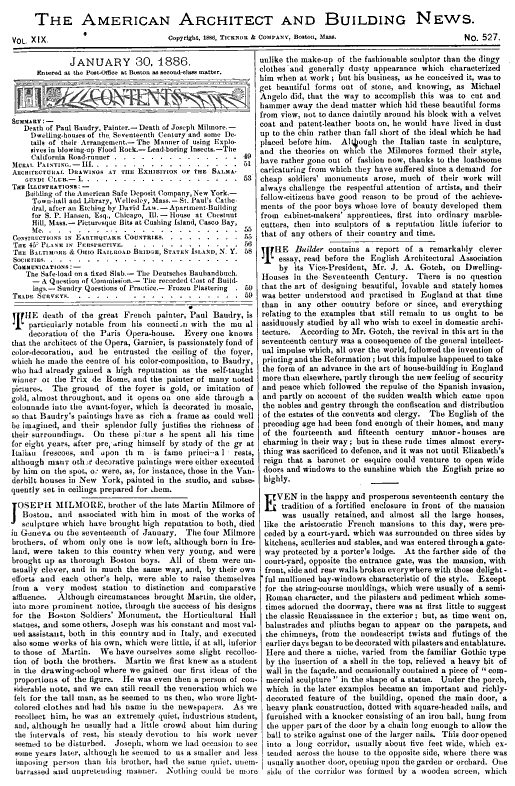 Posted by irishboston.blogspot.com at 11:52 AM No comments: 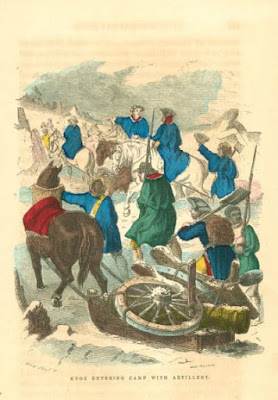 
General Henry Knox (1750-1806) played a key role in the revolutionary War, and helped to end the British siege of .  The 25 year old Bostonian hatched a plan to capture the cannons at in wheel them 300 miles to .  His plan was to position the cannons atop in South Boston and aim them at the British fleet in .

General George Washington gave him the go-ahead, despite objections from his senior command, and Knox set off with a group of men and captured 59 canons in December, and dragged them across the frozen landscape of western , finally arriving in on January 24, 1776.

On March 5, British General Howe saw the guns aiming down at his fleet, and by March 17, 1776, the British troops, along with their sympathizers, evacuated .  George Washington later named Knox the first U.S. Secretary of War.

Read the full story on Henry Knox in Mass Moments. 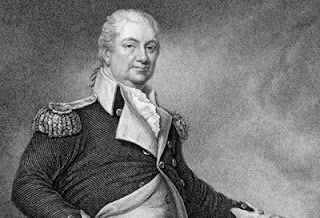 Knox’s father and uncles were original members of the Charitable Irish Society, formed in 1737 to help other Irish immigrants settle in .  A bookseller by trade, Knox joined the Society in 1772, when he was 22 years old.  He also became a member of the Friendly Sons of St. Patrick in .  Knox died in in 1806, where today the Henry Knox Museum is located.

Posted by irishboston.blogspot.com at 11:00 AM No comments:

Photo courtesy of Lives of the Pipers

The first concert of the newly-formed Irish Pipers' Club of Boston was held at Wells Memorial Hall on Tuesday, January 11, 1910, part of a cultural explosion of Irish music, dance, language and arts taking place in Boston in the early 20th century.
The concert was significant for Irish music historians because it included notable uilleann piper William Hanafin and John Nolan.  And guests in the audience were identified as Sergeant James Early of the Irish Music Club of Chicago and Patsy Touhey, who was born in Galway and grew up in South Boston. Touhey was considered by many to be the finest piper of his generation.
Other performers at the concert included Michael Hanafin - William's brother - on the fiddle, singer Peter O'Neill, Irish step dancer James Cahill and the Irish Choral Society, led by director Charles F. Forrester, according to the Republic Newspaper, an Irish Catholic paper owned by John "Honey Fitz" Fitzgerald, the grandfather of President John F. Kennedy.
Wells Memorial Hall was located at 978 Washington Street in Boston's South End, then a heavily Irish neighborhood.

For more about Irish music in Boston, see Irish Boston: A Lively Look at Boston's Colorful Irish Past.
For details on Irish cultural activities in greater Boston, visit IrishBoston.org..
Posted by irishboston.blogspot.com at 7:48 PM No comments: 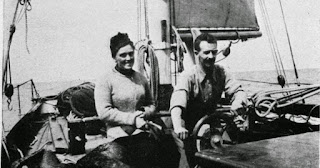 Molly & Erskine Childers aboard the Asgard, a gift on their wedding day

English-born Irish rebel Robert Erskine Childers married Mary (Molly) Alden Osgood at   in  on Tuesday, January 5, 1904.  They met at a state dinner hosted by the Ancient and Honorable Artillery Company at Faneuil Hall and were married after a three-week courtship.

The Boston Globe called the wedding "One of the most interesting events of the social season in Boston....In the distinguished gathering which filled the auditorium of the church was quite a delegation of Londoners, all friends of Mr. Childers, who is clerk of the house of commons and a personal friend of Lord Denbigh."

Both were idealists from upper class families whose passions turned toward .

Childers was a gifted writer whose book, Riddle of the Sands, published in 1903, is considered the first spy-novel thriller.  In 1911 Childers published his book, TheFramework of Home Rule, in which he decried British abuse of freedoms in  and other colonies around the world.

In July 1914 Childers and Osgood carried out a daring gun running operation, shipping arms and ammunition from  to Howth aboard the yacht Asgard, which Molly's family had given the couple on their wedding day.

A close ally of Eamon deValera, Childrens was secretary-general of the Irish delegation involved in negotiating the Anglo-Irish Treaty in 1921.   He rejected the final treaty and was involved in the subsequent Irish Civil War.  He was captured and executed on November 24, 1922, despite strong protests and appeals from around the world.

Irish leaders in  held a memorial for Childers at Faneuil Hall following his death.

Their son, Erskine Childers, became the fifth President of Ireland in 1973.

Find out more about Boston's Irish history at IrishHeritageTrail.com.
Posted by irishboston.blogspot.com at 1:33 PM No comments: