Rory Kennedy's Documentary, The Fence, Premiers at JFK Library in Boston on October 15 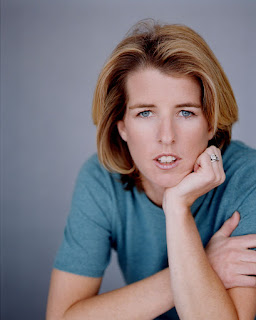 Filmmaker Rory Kennedy is coming to the John F. Kennedy Presidential Library & Museum on Friday, October 15, from 6:30 to 8:30 p.m. to screen her new documentary, The Fence.  Following the screening is a discussion with Kennedy, moderated by Jason Beaubien, NRP's Mexico City correspondent.

The Fence, which aired on HBO in September, looks at the plan by the US Government to construct a 700 mile fence along the US-Mexico border as a way of preventing illegal immigration to America.  The filme interviews border patrol officials, smugglers and Mexicans trying to cross the border.  American historian Douglas Brinkley is also featured.

The film concludes that a comprehensive immigration reform bill is needed in Washington DC to correct the many issues of immigration afflicting the United States.

The John F. Kennedy Library is a year round facility with exhibits, lectures and educational programs.

For more stories on the Kennedy family, click here.

For year round cultural events in greater Boston, visit IrishBoston.org

For tourism information on visiting Massachusetts, go to MassVacation.com.
Posted by irishboston.blogspot.com at 2:11 PM