Caroline Kennedy Presents Profiles in Courage Award on Monday, May 23 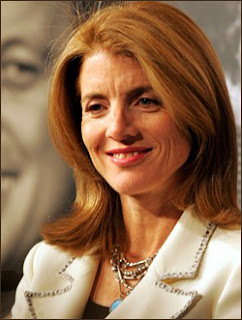 Caroline Kennedy is presenting this year's Profiles in Courage Award at the John F. Kennedy Presidential Library on Monday, May 23, 2011 at 11:00 a.m.

The JFK Library is making available a live web cast of the ceremony from 11:00 a.m. to Noon.

This year's recipients are Elizabeth Redenbaugh, a North Carolina school board member who battled racial segregation in school redistricting plans, and Wael Ghonim and the people of Egypt, whose courageous demand for democratic reform inspired similar movements across the Middle East.

The Profiles in Courage Award was created in 1989 by members of the Kennedy Family to honor public servants and elected officials who choose principle over partisanship.  The award is named for President John F. Kennedy's book, Profiles in Courage, which won the Pulitzer Prize in 1957.

For information on the Kennedy Family's Irish connections, visit IrishMassachusetts.com.