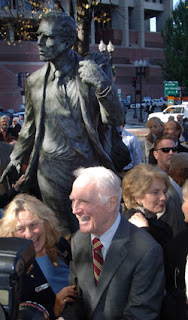 The Boston Irish Tourism Association published a profile on Mayor White on the occasion of his statue being unveiled at Faneuil Hall in Boston on November 1, 2006.

Posted by irishboston.blogspot.com at 8:28 PM