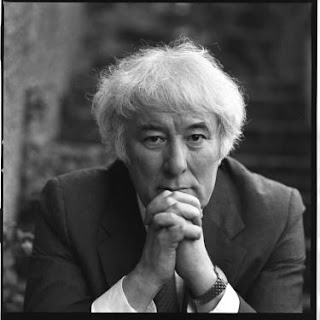 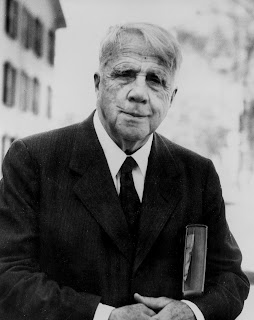 Robert Frost would appreciate knowing that the road less traveled leads to , which is where 's esteemed poet Seamus Heaney plans to read tomorrow evening. Frost, 's favorite poet, spent his formative years in this industrial city, where he got his education, worked in a woolen mill, and learned to chisel the emotions, thoughts, and words of New Englanders into a poetic form as beautiful and enduring as the landscape.

When he died in 1963 at 89, Frost had written nine books of poetry, four of them winning Pulitzer Prizes. He received the Congressional Medal from John F. Kennedy, and was the first poet invited to recite a poem at a presidential inauguration, a magnificent gesture from a president "not afraid of grace and beauty."

Frost's preference for Yankee individualism in lieu of the homogeneity of modern times struck a chord with readers everywhere:

Two roads diverged in a wood, and I -
I took the one less traveled by,
And that has made all the difference.

Heaney, who won the 1995 Nobel Prize for literature and who often cites Frost as an early influence, will appear at Lawrence High School as guest speaker at the annual Robert Frost Festival.

Frost was the school's co-valedictorian, along with his future wife Elinor White, and found early encouragement from teachers like Katharine O'Keefe, a well-regarded writer of her day.

As chroniclers of their respective times, Frost and Heaney share many traits. Both found inspiration in nature, forming an artistic preoccupation with the growth of the soil and its effect on the soul.

Frost ran a farm in Derry, N.H., for a decade and spent his later years on a farm in Ripton, Vt. Heaney was raised on a cattle farm in Derry, Northern Ireland, where the fond memories of the natural world imbued many of his poems. Each poet found solace and sanctuary in a "hushed October morning," or the "earth dreaming its roots in flowers and snow" while enjoying a rich intellectual life in academic circles.

Both poets ventured into the political realm in ways that enhanced that often-dogmatic and pessimistic arena. Frost's inaugural poem for President Kennedy forecast the courage and verve of the Camelot years:

There is a call to life a little sterner,
And braver for the earner, learner, yearner
Of a power leading from its strength and pride,
Of young ambition eager to be tried.

Heaney captured the same spirit of possibility in December 1995 when he recited his poem, "Doubletake," on the occasion of President Clinton's visit to to support the peace process in Heaney's native land. He wrote:

But then, once in a lifetime,
The longed for tidal wave of
Justice can rise up,
And hope and history rhyme.

Poetry is, of course, the road less traveled in today's world of noise, speed, and sound bites. But the visit of a Nobel poet such as Heaney validates the efforts of local educators to inspire children who might not otherwise take up the world's oldest art form.

The Robert Frost Foundation of Lawrence, which is hosting the reading, sponsors year-round writing workshops for children in the public schools and last year received nearly 500 entries for its annual poetry contest, according to executive director Mary Ellen Janeiro.

Poetry not only reveals "what you think about," as sixth-grade poet Olivia Li explained, it also provides a context for understanding the value of place so important to ethnic newcomers who have been migrating to Lawrence for over 150 years.

Celebrating Frost's roots is part of a larger civic pride the city has rekindled after decades of tough economic times. The city's upbeat mayor, Michael Sullivan, has a blueprint for a revitalized Lawrence that calls for new schools, technology parks, and cultural districts that knit together the city's business, literary, and artistic heritage with its immigrant and native communities.

It would be fitting, some would say poetic justice, for Frost's legacy to inspire a new full of grace and beauty.

Some would say that's a road worth taking.

Michael Quinlin is author of the book, Irish Boston.

Posted by irishboston.blogspot.com at 11:40 AM