David I. Walsh is first Irish Catholic Elected as Massachusetts Governor in 1913 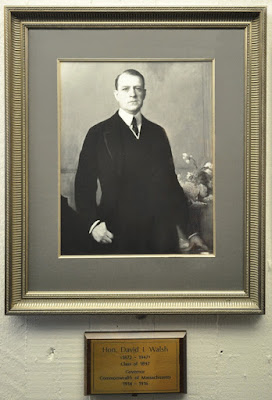 David I. Walsh, the first Irish Catholic elected as Governor of Massachusetts, received the largest plurality ever for a Democratic candidate for the office, winning by over 53,000 votes, getting 180,000+ votes. He defeated three other candidates: Charles S. Bird, Augustus Gardner and Eugene Foss.

Walsh had to plan a larger inaugural reception than originally envisioned because of public enthusiasm for his election, according to The Boston Globe.

"So great is the demand for invitations to his inaugural that Gov-elect Walsh has evolved a new plan, which he believes will reduce disappointments," the Globe wrote in a story on December 10, 1913. "A reception will be held in the Hall of Flags immediately after the delivery in the House chamber of his inaugural address....Mr. Walsh intends to enter the Hall of Flags and shake hands with as many persons as care to meet him."

A native of Clinton,Walsh was best known as an "ardent supporter of women's suffrage and fought hard for a voting-rights amendment to the state constitution," according to historian Thomas H. O'Connor. In 1918 Walsh won a Senate seat, becoming the first Democratic Senator from Massachusetts since the Civil War. He lost one re-election bid before regaining his seat, which he held for 25 years. 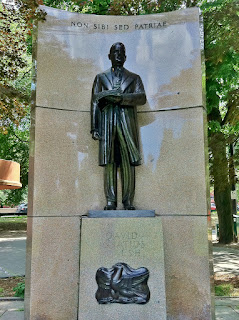 His collected papers are held at Holy Cross College in Worcester, MA.