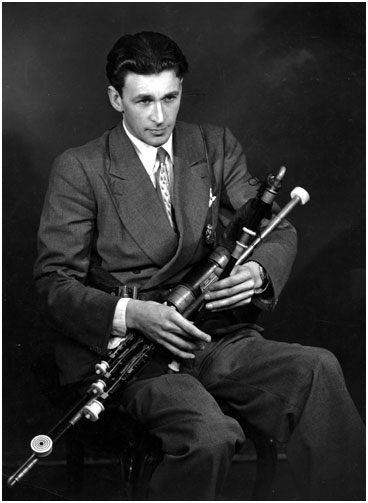 Seamus Ennis, one of Ireland's most inspirational traditional Irish musicians, performed at the 5th Annual Newport Folk Festival  on July 23-26, 1964.  He was 45 years old.

Ennis was a featured artist on opening night on Thursday, July 23, where he performed the uilleann pipes, told stories and sang Irish songs as part of a traditional folk program.  He was joined by Mississippi John Hurt, Muddy Waters, Doc Watson, the Nova Scotia Singers and the Stanley Brothers.

Then on Saturday night, Ennis joined the Blue Ridge Mountain Boys, Judy Collins, Peter Paul and Mary and the Osborne Brothers on the main concert stage. 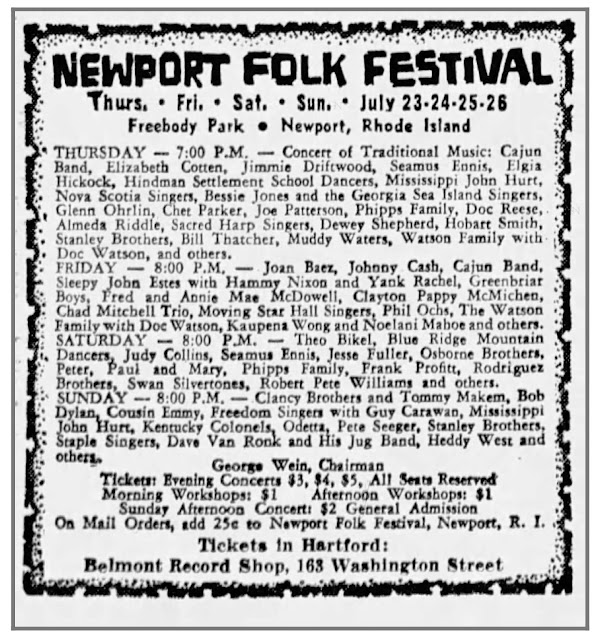