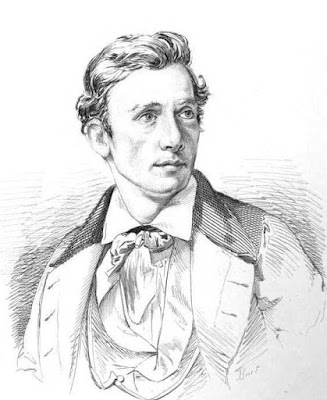 Born in New York City to Irish parents, Thomas Crawford (1813-1857) is regarded as one of America's first significant sculptors. His biographer Henry T. Tuckerman described him as having "the ardor of Irish temperament and the vigor of an American character," while Loredo Taft notes that he attracted "the very choicest spirits of the world of art and literature" during his short life. A tumor behind his left eye killed Crawford at the early age of 44.

Crawford moved to Europe when he was 21 and settled in Rome, where he lived much of his life. In 1844 he brought an exhibition of his work to Boston, where local institutions enthusiastically began purchasing his work. His bust of Beethoven, which he created from Rome in 1855 for the Boston Music Hall, is said to be "the first statue raised in America to an artist of any kind." The bronze bust is currently at the New England Conservatory. 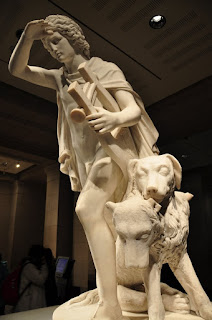 Orpheus and Cerberus, at MFA Boston 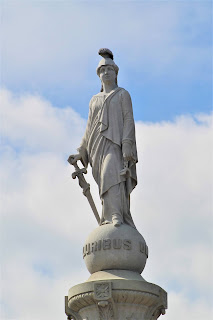 The Soldiers and Sailors Statue in Peabody is a copy of Crawford's famous statue, Armed Freedom, which was installed on the US Capitol Dome in 1863. The Peabody monument, dedicated in 1881, is slightly altered from Crawford's original piece. The 65' monument is topped with a 10' foot statue of Liberty.

For more information about Irish landmarks in Massachusetts and Irish-American sculptors, visit IrishHeritageTrail.com.